New Delhi, Aug 10 : The aviation regulator Directorate General of Civil Aviation (DGCA) on Wednesday announced the removal of upper and lower limits on airfares in the country. “After an examination of the present status of scheduled domestic flights viz-a-vis demand for passengers traveling by air it was taken a decision to eliminate the fare bands which are announced from time to time about airfare with effective 31.08.2022,” said the Ministry of Civil Aviation. 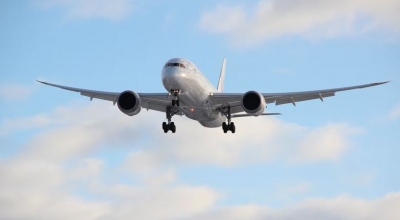 “The decision to eliminate the air fare cap has been made after a an in-depth study of the daily demand and the price of the fuel for air turbines.Stabilisation has kicked in and we are confident that the sector is set to expand in the domestic market in near time,” Civil Aviation Minister Jyotiraditya Scindia stated in tweet.

A senior DGCA official confirmed that all airlines had been informed of the decision on Wednesday.

The government had put in place lower and higher limits on airfares following the return of services in May 2020, after the two-month nationwide lockdown to prevent the spread of Covid-19.

The limits were then eased in the order of a gradual manner in accordance with the increase in aviation circulation in the country.

Lower caps were intended to provide relief to airlines that were struggling following the pandemic.

In addition the upper limits on air fares were set so that passengers would not have to pay a large amount for flights.

In the past, discussions about removing the fare bands that apply to domestic flights were held between the various participants, including airlines and government officials.

Airlines were of the opinion that the removal of the cap on pricing is necessary for the full return of domestic airline traffic.