Patna 10 August : JD-U’s national President Rajiv Ranjan Singh alias Lalan Singh on Monday declared that Bihar Chief Minister Nitish Kumar quit the Mahagathbandhan in 2017 “on the wrong advice of four people” and formed the government with NDA.He added that the corruption charges against then the Deputy Chief Minister Tejashwi Yadav were unsubstantial since the charge sheets were prepared by the agency investigating but the trial had not begun. 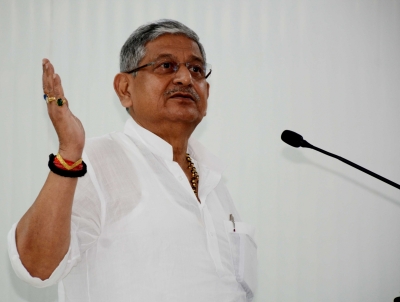 “One of the four advisors was Sanjay Jha, who is in JD-U and is sitting with me.” Lalan Singh said in an event for press.

“He gave the incorrect instruction to the chief minister not to quit Mahagathbandhan at that time and join the NDA,” he said.

“The second leader was Harivansh Ji (Harivansh Narayan Singh) who is Vice Chairman of the Rajya Sabha at present.

He has also offered suggestions to Nitish Kumar to quit Mahagathbandhan and join the NDA.Harivansh Ji was the only leader of JD-U who didn’t attend the meeting.When I spoke to him via telephone, he informed me that Nitish Kumar had brought him into the public arena and that he is in agreement with his choice,” Lalan Singh said.

“Another adviser was R.C.P.Singh who is in the United States as an agent of BJP.He was living with JD-U and was working as an agent of BJP.A person in charge of BJP was frequently going to his home and asking him to inquire from Nitish Kumar on specific candidates.If these candidates be victorious in the Assembly election, they will be your men.If they lose, Nitish Kumar becomes weak.Nitish Kumar entrusted this man with blind faith and he attacked Nitish Kumar in the back.Then, he is doing ‘Pravachan’ in public.R.C.P.Singh was involved in anti-party activities.” Lalan Singh said.

He did not accept the title of the fourth leader and only suggested that he was to become an advisor of the president of India.