Srinagar 10 Aug : The murderer of Rahul Bhat Rahul Bhat, an employee of the Kashmiri Pandit government employee, was one of three terrorists shot dead in an confrontation between security forces and militants in Waterhail in J&K’s Budgam district on Wednesday, according to the police.Rahul Bhat was killed in his office in Budgam on the 12th of May. 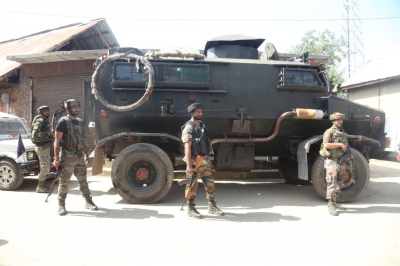 “Terrorist Lateef Rather alias Abdullah, the Killer of Rahul Bhat and Amreen Bhat, was one of the three terrorists killed on Wednesday.He was involved in numerous terror crimes including murders of civilians and other atrocities.” J&K Police tweeted quoting ADGP (Kashmir Zone), Vijay Kumar.

The firefight began when a joint team of security and police received a tip-off about the presence of terrorists in the area.

Following the murder of Rahul Bhat, Kashmiri Pandit employees serving in Kashmir under the rehabilitation program of the Prime Minister had threatened to quit the Valley in fear of security issues.