Doha (Qatar), Nov 28 : The Group H clash between Portugal and Uruguay promises to be the headline act on Day 9 of the 2022 FIFA World Cup on Monday.Here are four things to look out for: 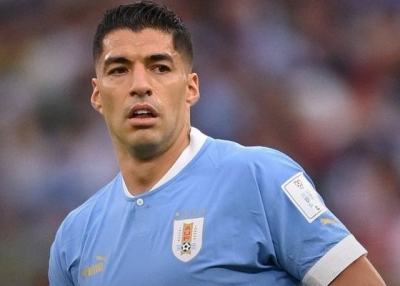 Serbia manager Dragan Stojkovic hinted at major changes to his starting lineup after a 2-0 loss to Brazil in their tournament opener on Thursday.

Dusan Vlahovic, who has been recovering from a groin problem, could start after making a 30-minute cameo against the South American giants while Filip Kostic is also expected to be available after having missed the first game with a thigh injury.

Cameroon, who are seeking their first victory at the World Cup since 2002, are hoping to rebound from a 1-0 loss to Switzerland in their opening encounter.Manager Rigobert Song will be wanting more from Bayern Munich forward Eric Maxim Choupo-Moting, who struggled against the Swiss.

2.Ghana to attack against South Korea

Ghana manager Otto Addo utilised a five-man defense in the team’s 3-2 loss to Portugal in their opening match.

He is likely to opt for a more attacking formation against South Korea as he seeks to keep alive his side’s hopes of a place in the knockout stage.

South Korea began their campaign with a goalless draw against Uruguay and will hope Son Heung-min can recapture his best form, having lacked sharpness in his first match back from an eye-socket fracture.

The Asian outfit could be without Wolverhampton Wanderers forward Hwang Hee-chan due to a hamstring injury.

Brazil will be without talismanic forward Neymar and defender Danilo for their Group G clash against Switzerland after both picked up ankle injuries in a 2-0 win over Serbia.

Switzerland will be high on confidence after their 1-0 win over Cameroon, and a victory against Brazil would guarantee them a place in the last 16, reports Xinhua.

Portugal showed their attacking qualities as Cristiano Ronaldo, Joao Felix and Rafael Leao fired the European side to a 3-2 win over Ghana in their opener.

Fernando Santos’ men are likely to find scoring more difficult against an Uruguay defense that is anchored by experienced pair Diego Godin and Jose Maria Gimenez.

Even so, fans should be salivating at the prospect of seeing Ronaldo, Luis Suarez and Edinson Cavani — three of the great forwards of the past decade – lining up in the same match.

FIFA WC: Four Things To Look Out For At World Cup Today

FIFA WC: Four Things To Look Out For At World Cup Today