New Delhi/Tokyo, Aug.10 : Masayoshi Son’s SoftBank Group on Wednesday revealed plans to sell close to 242 million American depository receipts (ADRs) of Chinese behemoth Alibaba that will allow the company gain 4.6 trillion yen ($34 billion) in pre-tax gain from the sale.The Japanese company, which suffered huge loss in billions of dollars in the two quarters that ended this year, announced that the sale will reduce its stake in Alibaba to 14.6 percent which is a reduction from 23.7 percent towards the end of June. 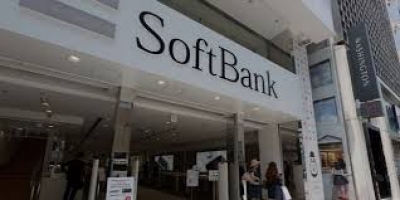 Softbank has made its first investment in Alibaba in 2000 — approximately $20 million and has since formed an intimate relationship with Alibaba throughout the years.

In the spring of this year, the investment bank Jefferies predicted that SoftBank would require “$40 billion to 45 billion of cash this year” in order to survive.

SoftBank reported a net losses of 5.3 trillion yen (nearly $40 billion) in total for the first six months of the year.

In the past week Son President and CEO of Softbank, warned startups and unicorns to be prepared for a gruelling and prolonged winter of funding as the company reported devastating results for its second consecutive quarter of this year.

In its earnings conference following the company reported a $23.4 billion in net losses in the month of June, Son said that unicorn leaders “still believe in their valuations, and aren’t willing to accept that they might be forced to have their valuations fall lower than they believe”.

The downturn for publicly traded companies is continuing However, a similar slump for startups could be “longer,” warned the 64-year-old chief executive.

The conglomerate had previously reported a net loss of $16.2 billion in the quarter that ran from January to March this year.