Agartala 11 August : Tripura exported 9,909 tonnes of the most delicious Pineapples to Dubai, Qatar, Bangladesh and Bangladesh, facilitating trade worth Rs 14 crore of the farmers of the state in the last two years Agriculture and Farmers Welfare Minister Pranajit Singha Roy said on Thursday.The Minister of Agriculture stated that, in addition to Pineapples, Tripura also exported other fruits and horticultural items into the UK, Germany and many other countries. 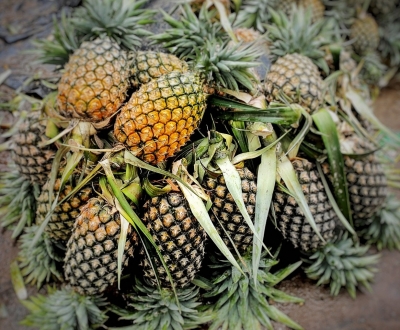 Singha Roy said that to promote the commercialisation of the state’s Pineapples the delicious fruit was commercially labeled with unique logo.

Tripura every year, produces 1.28 lakh tonnes of two main varieties -Kew and Queenof queen and Kew of Pineapples in 8,800 acres of mountainous orchards throughout the state.The state has been for years, it has exported the lemons and Pineapples to many countries, and many Indian states too.

Former President Ram Nath Kovind, at an event in Agartala in 2018 announced the “Queen” variety of pineApple as the state fruit.

The minister pointed out that the Kisan Rail and Kisan Udaan programs, which were introduced by the Central government, are helping farmers and producers particularly of the region of northeastern India through connecting them with the national and international markets.