Agartala 11 August : At at least 11 Congress members, including the party’s sole MLA and the senior Sudip Roy Barman, its leader, was injured in police custody after they were reported to have been “Attacked by the BJP’s ruling members” in Tripura on Thursday.Tripura Pradesh Congress President Birajit Sinha claimed that “BJP goons” took on the Congress workers and leaders when they were in police in custody. 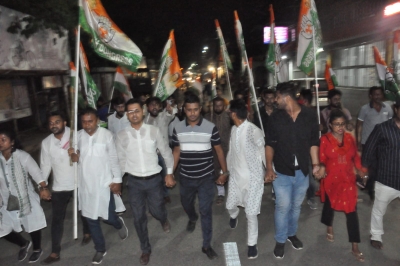 Sinha stated that Congress workers and leaders were present in Ranir Bazar as part of their scheduled national program of “Bharat Jodo Yotra”. 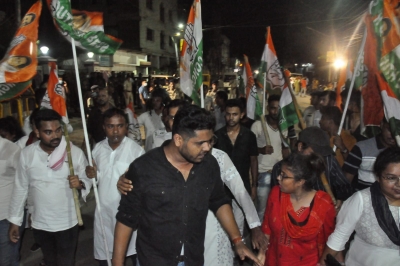 “But the police did not grant permission to host the event.After some debates, Congress workers and their leaders launched an unofficial road blockade to protest the police’s decision .the police detained about 250 Congress workers and leaders and were able to transfer them to an area of police in Arundhuti Nagar.However, on the way the police arrived, groups of mafia and criminals that were loyal to BJP began to throw stones on the vehicles that were running, and injured Congress officials and their workers.” the state Congress chief informed the media.

He stated that the police did not take action to resolve the issue.with the incident.”This was carried out in an orderly manner, and police were not involved.The BJP criminals do not even dare to physical Attack and resort to throwing stones from distance,” the Congress leader declared.

Around 100 Congress members on Thursday night, surrounded the house of Chief Minister Manik Saha in protest against the BJP Attack, but police dispersed the protesters.

In condemning the Attack on Congress workers and leaders the opposition CPI-M in an announcement said that they could not organize a scheduled program on Ramchandra Ghat in Khowai district on Thursday, as BJP workers in the presence of the police stopped Left party leaders and workers.

The Left party workers , led by the state secretary of CPI-M as well as central committee member Jitendra Chchoudhury tried to organize an assembly in the context of their nationwide program of “Save the Constitution” and “Save Democracy”.Save Democracy”.