San Francisco, Nov 30 : Gamers have geared up for Sony PlayStation’s official ‘Win-A-Thon’ tournaments which will begin on Thursday and run through January 31, 2023. 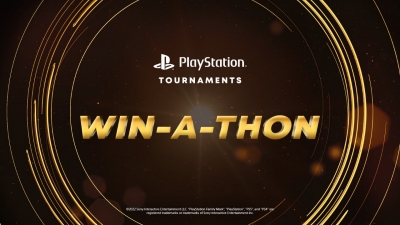 Users can participate in the tournaments on both PS5 and PS4 consoles, Sony said in a blogpost on Tuesday.

While participating in the tournaments, users can rack up wins and raise their overall rating in the Win-A-Thon leaderboard competition.

“Succeed in any Win-A-Thon eligible tournament to have that victory count towards your overall ranking on your regional leaderboard.When the results are tallied at the end of January, all players with the most points will win awesome prizes,” Sony said.

The top PS5 players will get a chance to win home accessories like the new DualSense Edge wireless controller or Pulse 3D wireless headset, while PS4 users could win PS5 consoles.

For its tournament, the PS5 Win-A-Thon will only support three games — FIFA 23, Guilty Gear-Strive and NBA 2K23.

However, PS4 players will have access to a wider range of games, including Mortal Kombat 11, Street Fighter V, Tekken 7, and more.

Gamers Gear Up For Sony PlayStation Tournaments From Thursday

Gamers Gear Up For Sony PlayStation Tournaments From Thursday