Memphis (USA), Aug 15 : Indian ace Anirban Lahiri agonisingly missed out on a place at the BMW Championship, starting on Tuesday, after sliding out of the top 70 in the latest FedExCup standings. 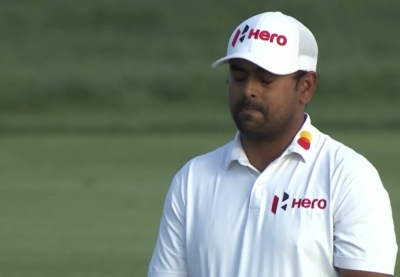 Lahiri, who missed the cut in the St.Jude Championship — the first of three FedExCup Playoffs events held here this weekend — by two strokes, with the 35-year-old carding a one-under 69 on the second day at the TPC Southwind here on Friday.

Lahiri was projected to drop to the 73rd spot after entering the week in the 63rd spot, depending on how others performed in the final two rounds.

At the end of the competition, Lahiri found himself ranked 71st, narrowly missing out on his spot in the second of the three-week finale.

The top 70 advanced into the next BMW Championship, which will be followed by the TOUR Championship, for which the top 30 will advance.

Korea’s Sungjae Im will lead five players from the Asian continent in advancing into the BMW Championship, which starts on Thursday.

Besides Im, the other Asians who made the grade include three more Korans — Joohyung “Tom” Kim, K.H.Lee, and Si Woo Kim — and Japan’s eight-time winner on PGA Tour Hideki Matsuyama, who pulled out from FedEx St.Jude Championship due to a neck injury.