New Delhi, Aug 10 : The Supreme Court appointed Committee of Administrators (CoA) has filed a petition with the highest court to initiate of Contempt proceedings against the former All India Football Federation (AIFF) president Praful Patel and the representatives of seven state associations, accusing them of deliberately stalling the court-ordered elections to the AIFF.The plea made by CoA said that the apex court on august 3, had recorded the consensus of the different parties to conduct the elections for the AIFF in an time-bound manner and then to approve the constitution, state associations have tried to change their minds however in indirect ways. 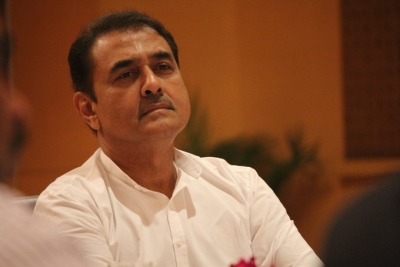 “The evidence included with the Contempt petition will demonstrate that Praful Patel, who was been removed as the President of the AIFF and has repeatedly abused his position as an AIFF Council Member of FIFA to coordinate an attempt by State Associations in order to derail different steps that this court has taken to improve the quality of football and football, including the involvement of footballers in administration and governance.” was the reason for the plea.

It also stated that as recently as August 6, the very same deponents in front of this court on behalf of the state associations had participated in meetings led by Patel in which he admitted that letters of suspension from the FIFA-AFC had been received in order in order to “help” them and that the government is persuaded to seek a re-examination of the decision, fearing the most serious consequences.

“It is evident that the administration has been deceived by State Associations and FIFA-AFC is unaware of the shady role carried out by Patel.

Although a number of steps have been taken in the direction of elections, this court-appointed Committee is seeking to see measures taken (as as was done in the BCCI case) to stop those who threaten Indian football from interfering with the monitoring by the court of the procedure.Therefore, the current Contempt petition” was added to the plea.

The CoA stated that the primary reason for the current Contempt petition is the ongoing vital role of Patel the former President of AIFF who has admitted having requested the FIFA-AFC letter and also has arranged for an assembly of the 35 interfering member associations on the 6th of August 2022 with the sole purpose of intervening with the hearings of the court.

“The CoA has come to discover that the State Associations, who had appeared before this Court and had signed their permission, in fact approached some individuals in the Union Ministry with a copy of the FIFA-AFC letter of 05.08.2022 (but not the CoA Reply of 06.08.2022) and sparked a fear of AIFF being suspended due to of violations.There was no discussion with the CoA (although lengthy meetings were held with ASG Mr.Sanjay Jain and the Officials of the Ministry) regarding the reply to the FIFA-AFC’s letter, however at the request of the State Associations, some members of the Ministry believed that the Supreme Court’s ruling must be amended,” added the plea.

On August 3 on the 3rd of August, the Supreme Court directed that the interim executive committee of the All India Football Federation (AIFF) was to be chosen not just by the 36 state football federations but also by 36 former football stars and players – 24, male and 12 female players who played in international matches for India.

A bench comprising Justices D.Y.Chandrachud and J.B.Pardiwala directed the Committee of Administrators (CoA) to conduct the AIFF elections swiftly in line with the timeline set out by the CoA and in accordance with the draft football federation constitution.The supreme court clarified that the committee elected will serve as an interim body which would be in place for three months.of three months, subject to any further orders.

The court of supreme appeals asked CoA to hold the elections quickly so that the Under 17 Women’s World cup is run through an elected body.

The Women’s World Cup Tournament will commence on October 11 , and India is hosting it.The highest court has took the decision to speed up the selection process in the sense that FIFA requires a democratically-elected committee of AIFF to supervise the FIFA U-17 Women’s World Cup.

The bench did not consider the state football unions’ argument that they should be granted voting rights, but pointed out that the National Sports Code says that players should be represented in sports federations.