Chandigarh 10 August : Haryana Agriculture Minister J.P.Dalal on Wednesday informed the Assembly that the Gurugram Metropolitan Development Authority (GMDA) is now the Agency responsible for the construction of urban roads.The Nodal Agency for infrastructure development in other cities will be selected upon the basis of experiences from Gurugram.Dalal responded to an inquiry for the benefit of the Chief Minister at the current Monsoon Session of the Vidhan Sabha here. 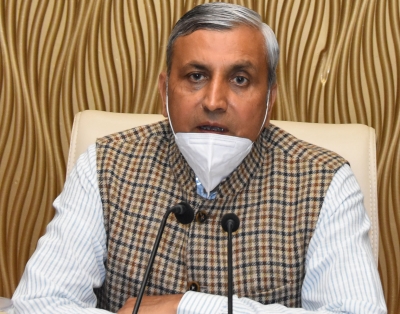 He stated that no time frame was set for the construction of roads.

On the initial prioritization list of the projects the green belts, sector Roads and 24-metre Roads which are yet be built are included in the plan of development final of Gurugram.

Dalal said that the Roads in Sector 65 were built by GMDA.

The area has been selected for development as a pilot project.The colonizer, and not the process of giving licences is involved in the process, therefore it is not necessary to provide the license number, the name of the colonizers as well as the details of the project.

In response to a question raised by member Praveen Dagar regarding the construction of a road to connect the Palwal-Nuh State Highway with KMP and the Delhi Mumbai-Baroda Green Highway Interchange in Mandkola village, Deputy Chief Minister Dushyant Chautala said the National Highway Authority of India (NHAI) was requested to provide land for the construction of the road to connect the Palwal-Nuh State Highway near village Mandkola with interchange of KMP and the Delhi-Vadodara-Mumbai Greenfield Expressway but a response was received that no extra space is available to accommodate the Public Words Department road.

Chautala informed the House that the land for the planned alignment is currently being finalized to be purchased through the E-Bhoomi portal.

The construction works of the road will be completed only after the purchase of the required land, and there is no timeframe to be provided at the junction.

In response to a different question the Deputy Chief Minister replied that there is no plan in the works for declaring Gohana as District.

Chief Minister Manohar Lal Khattar told the Assembly that an announcement the reservations in promotions to Scheduled Caste employees (Class I and Class II) following the model of the Central government was announced on the 12th of June in Rohtak.

Now , the final verdict of the Supreme Court in several cases on this issue is yet to be announced and when the decision is announced all procedures associated with the issue will be concluded, and the announcement of reservations will be made within three months.

The Chief Minister was responding to a question from the member Bishambhar Singh in the hour of questions.

The Chief Minister has stated that in one of the rulings of the Supreme Court a mention of promotion that is cadre-wise or group-wise was made.