Thiruvananthapuram, Oct 5 : The CBI has, for the third time, started to actively pursue the case of Kerala Chief Minister Pinarayi Vijayan’s pet project, Life Mission, which had come under its and the ED’s scanner due to alleged wrongdoings but was lying in the cold storage. 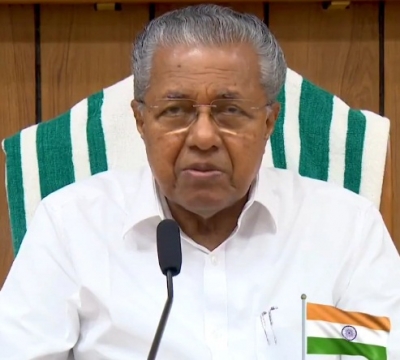 The CBI has now asked Vijayan’s former Principal Secretary, M.Sivasankar, to appear before them on Thursday.

It had recently summoned Swapna Suresh, the prime accused in the gold smuggling case and interrogated her.Following this, came the news on Wednesday evening that Sivasankar was served notice asking him to appear before the agency on 10.30 a.m.on Thursday.

The case involves the alleged violation of foreign contribution regulations in the Kerala government’s flagship project, which intended to provide homes to the poor who lost their houses in the devastating floods of 2018.The project at Wadakancherry in Trissur district then came under a cloud.

The case surfaced after the gold smuggling case came to light in June 2020 in which Sivasankar was jailed.

Both Swapna Suresh and Sarith, who were employed in the UAE Consulate, were later found to have a role in Life Mission funds misappropriation too.

The state government had approached the Kerala High Court to stop the probe, but it dismissed the pleas and said that an ongoing CBI probe should continue in the case involving senior government officers and contractors.

The CBI has taken a position that private company Unitac, carrying out construction on behalf of a Kerala government body, did not get the contract through a tender.

The project entailed construction of 97 apartments and a health centre, and it was alleged that both the gold smuggling case accused held talks with Unitac and fixed a commission of 30 per cent of the project cost — 20 per cent to a UAE official and 10 per cent to Swapna Suresh and other co-accused for approvals and other file movements.

The CBI claimed that Sivasankar had met Unitac owner Santhosh Eapen at his chamber along with Swapna Suresh and assured full support.Life Mission Chief Executive Officer U.V.Jose was also allegedly present at this meeting.

Sivasankar after being in jail for a few months secured bail and has now resumed duty.