Hyderabad 8th August : Hyderabad police have filed a complaint against a blood bank following its alleged negligence that resulted in a thalassaemia patient aged three finding positive for HIV.The boy’s parents filed an investigation with Nallakunta police station claiming that the blood bank had transferred HIV-infected blood to the boy. 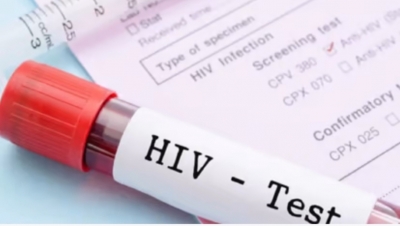 The boy of Rampally village in Ranga Reddy district had received blood transfusions over the last 2.5 years in the Red Cross blood bank located in Adikmet.

He was found to be HIV positive after the doctor who treated him recommended a blood test after the blood transfusion on the 20th of July.

The child’s parents requested an in-depth investigation into the bank’s lapses.

The police wrote to the Medical Board seeking its opinion and requested the management of the blood bank to provide the records of the patient.

The child is believed to suffer from Thalassemia at the age of seven months.

The family would approach the blood bank to receive blood transfusions every fortnight.

His parents informed police that they had been frequenting the blood bank for blood transfusions, each two months.an HIV test was performed.The test result was not positive.

However medical staff in the blood bank informed the police that in some occasions the family has sent the child to various hospitals to receive a blood transfusion.They also stated that prior to taking donations of blood, they conduct various tests to ensure that the blood they donate isn’t infected.