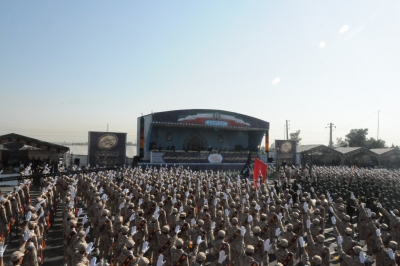 During the Military Parade on Thursday in the capital Tehran, Mohammad Bagheri, chief of staff of the Iranian armed forces, said Iran favours a region free from threats and full of friendship and cooperation in West Asia, calling the US a threat to the security of the region, Xinhua news agency reported, citing IRNA.

The Parade comes at the beginning of Defense Week, the one-week Iranian commemoration of the Iraq-Iran war.

Also on Thursday, the Islamic Revolution Guards Corps (IRGC) Aerospace Force unveiled for the first time a new prototype of its “Sevom-e Khordad” air defense missile system which has a range of 200 km.