New Delhi, Aug 18 : In a scathing attack on the Central government, Chhattisgarh Chief Minister Bhupesh Baghel on Thursday stated that inflation is on the rise and GST is a major factor in the rising rate of inflation in the country, adding that inflation is increasing since GST has been added to the essential goods and petroleum-based products. “It has put burden on the common man who is suffering from the effects of the pressure of inflation. 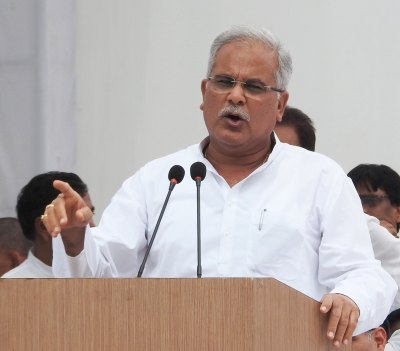 “Moreover there is a problem that the Central government isn’t bothered to provide relief to the citizens from this rising inflation that has resulted in an increase in the cost of everyday products and a higher price of living.The protests are against this.” he added

Amul and another major dairy company Mother Dairy raised its milk prices by Rs 2 per litre with effective starting Wednesday (August 17).These new prices are effective to all milk varieties.

A Mother Dairy spokesperson said that the company has experienced an increase in diverse input costs that have risen by multiplefolds in the past five months.

“For instance the prices for farm products of raw milk have increased by 10 to 11 percent in the period.The cost of fodder and feed has also seen an increase of about 10 percent during the same period due to the extreme heat that was observed earlier in the country, and also because of the prolonged summer,” it said.

The rise in farm prices is being passed on to consumers, thus safeguarding the interest of both parties both farmers and consumers.