Tehran 18 August : A top Iranian lawmaker has stated that Iran has taken a “political decision” regarding a possible deal regarding the relaunch of the nuclear deal of 2015 in calling on the US to sign its own deal according to a report in the media. “The negotiations are finished and the process of negotiating an agreement is in progress.Iran’s political choice has been taken and America must take its own political choice,” Abbas Moqtadaee, vice chairman of the Iranian parliament’s National Security and Foreign Policy Commission was quoted by SNN as saying, Xinhua news agency reported. 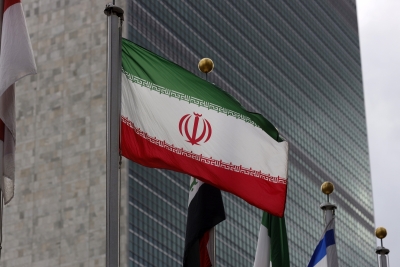 Moqtadaee’s remarks were made following the closed-door meeting of the parliament with Foreign Minister Hossein Amir-Abdollahian, Secretary of Iran’s Supreme National Security Council Ali Shamkhani as well as the Iranian chief nuclear negotiator Ali Bagheri Kani and officials from the Atomic Energy Organization of Iran.

The US must decide if it is willing to protect Iranians’ “full interests” or “break their vows and agreements in the same way as in the past.” Moqtadaee said.

“Currently the ball is in the ball of the US and the West and they must take the appropriate decision on how to take a stand against Iran about the deal,” Vali Esmaili, vice chairman of the Social Commission of the parliament told the official IRNA news agency on Wednesday.

Esmaili said that the parliament has given full power to the Iranian negotiators in the talks on nuclear.

The following day, Iran announced that it had provided a written reply to the draft of the potential agreement and said that If the US reaction is realistic and flexible, the nuclear deal can be reached.

The most recent session of nuclear talks conducted in the capital of Austria Vienna in early August following an absence of five months.

On August 8th the EU presented the “final version” of the draft decision regarding the renewal of the nuclear deal.

Iran entered into the nuclear agreement with the world’s powers in July of 2015, and agreed to limit its nuclear programme in exchange for the lifting of sanctions against the country.

However the then US president Donald Trump pulled Washington out of the agreement and imposed sanctions against Tehran.

The talks about the revival of the nuclear deal of 2015 started in April 2021 in Vienna but were halted in March due to of disagreements over politics between Tehran and Washington.