Seoul 15 August : South Korea on Monday expressed its deep regret for Japanese Premier Fumio Kishhida’s ritual sacrifice to a war Shrine that has been criticized on the anniversary of a significant event only hours after President Yoon Suk-yeol pleaded for the improvement of broken connections.Kishida offered the gift to the Yasukuni Shrine in Tokyo earlier in the day.His two Cabinet Ministers went to it as an ode of Japan’s past military according to Yonhap News Agency. 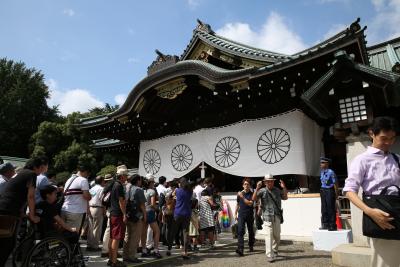 August 15 marks the anniversary of Japan’s surrender in World War II and is celebrated in Korea as the country declares its independence from Japan’s colonial rule.

“The government Expresses its deep displeasure and regret that the responsible officials of Japan’s parliament and government returned to send the offering or made multiple trips to the Yasukuni Shrine,” South Korea’s Foreign Ministry said in a statement.

South Korea also urged Japanese leaders to confront the past and show their humble reflection and self-reflection with actions that reflect the past.

Yasukuni Shrine in central Tokyo is a Shrine to 2.5 million Japanese war dead, including 14 Class A criminals who died in World War II.

The shrine’s visits by Japanese leaders have been a major cause of tension in the region, as Asian neighbors, including South Korea and China that were victims of Japanese aggressiveness in the early years of the 20th century see their visits as an attempt to enhance the country’s military history.

South Korea and Japan are close economic partners and important allies of the US even though they have been in dispute over territorial boundaries and various other issues that stem from Japan’s colonial occupation of the Korean Peninsula.

On Monday, Yoon said South Korea and Japan should help to promote peace and prosperity in the international community by cooperating across the security, economic social and cultural fields based on mutual understanding.

“We should swiftly and effectively improve relations between Japan and Korea by adhering to the spirit of the Kim Dae-jung Obuchi Declaration,” he said, in reference to a 1998 joint declaration calling for the end of the past and developing new relations.