New Delhi, Jan 25 : Chief Justice of India (CJI) D.Y.Chandrachud on Tuesday inaugurated the software for e-inspection of digitised judicial files at Delhi High Court, making it the first High Court in the country to bring such a method of inspection of files. 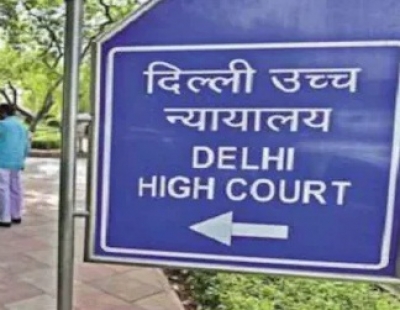 Where advocates and litigants earlier had to visit the High Court to inspect their case files, they will now be able to inspect the online files digitally with the ease of the ‘Online e-Inspection Software’.It will eventually reduce the paper works.

In his address, CJI Chandrachud said that the Delhi High Court has been at the forefront of e-filing, digitisation, on virtual courts and now, the e-inspection will complete the circle.

He said that the facilities Delhi High Court provide to judges, lawyers and litigants are way ahead of what the Supreme Court do and “we also follow the High Court in multiple ways”.

The CJI added that he was in constant touch with Delhi High Court judge and Chairman of its Information Technology Committee Justice Rajiv Shakdher when the High Court introduced neutral citations.

A neutral citation is a form of citation where courts assign a unique sequential number to each of their decisions.The objective is to enable people to identify cases and text in them by reference to a single, unvarying reference, no matter the medium of publication.

“To Shakdher, I said, why should we not expand this to the rest of the country? Why should we only be confined to only Delhi High Court? So now Kerala High Court has done it, and various other High Courts have done it.Now, Supreme Court is on the anvil of having neutral citations,” the CJI said.

He also spoke about the other initiatives adopted by him since November 9, 2022, including the new justice mobile app.

Furthermore, comparing the statistics on virtual court (VC) hearings held by all the courts in the country during and post-Covid-19, Justice Shakdher said: “Even though we have just 11 districts, we did more VCs than other courts, which are the presidency courts, which have three times the districts.”

He said that the new step will help the judges, lawyers and litigants to be on the same page while dealing with a matter.“We will know what is going on in the case at that moment and not like I am on page 100 and other person is on page 50.”

E-inspection will also allow the person to store the file in PDF format once the court approves the application for viewing.

“You have to give the court minimum time to look at your application, approve it and it will be available for you,” he said.

Moreover, he said that the live streaming option is also in the pipeline of digitisation in the High Court.

“The IT committee in the Delhi High Court took a conscious decision that we are not going to live stream till we have the requisite wherewithal ready for us for viable live streaming.Because a lot of my colleagues have shared these concerns,” he said, adding that “you have live streaming and then it’s on a platform which is not controlled by us, which is on YouTube, and then clips are made, and there are all kinds of comments judges have to face.So we are moving in that direction as well #Software #judicial #Delhi #Telugu #TeluguStop #Kerala #Malayalam #Mollywood #Jan #Delhi #New Delhi #Kerala #Youtube #Covid-19