Mumbai, Dec 1 : ‘Woh Rehne Waali Mehlon Ki’ actress Reena Kapoor, who will be playing the role of a widow in the show ‘Aashao Ka Savera…Dheere Dheere Se’, shares her experience of shooting in Ujjain, Madhya Pradesh, with the entire cast. 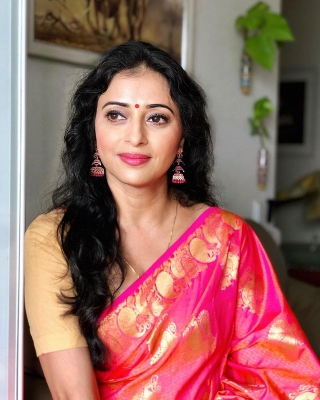 She says: “It’s a wonderful experience to shoot outdoor shots in Ujjain.I’m enjoying every second I get to spend with her.The atmosphere of the city is quite different and helps one feel comfortable.Additionally, the locals are incredibly friendly and caring.”

The actress has been part of TV shows such as ‘Shakti – Astitva Ke Ehsaas Ki’, ‘Vishnu Puran’, ‘Jai Ganga Maiya’, and many more.She adds more about her visit, saying: “We have planned to see several well-known locations and try some well-known local cuisine, so I am excited to take a proper tour of the city.The entire cast is pleased to be filming here, and I’m hoping we’ll all have fond recollections of our little trip.”

The show revolves around Bhavna played by Reena Kapoor and Raghav played by Rahil Azam who are completely opposite to each other and the plot moves further with how they will be meeting each other and falling in love.

‘Aashao Ka Savera….Dheere Dheere se’ will be starting from December 12 on Star Bharat.