Mumbai, Dec 4 : Bollywood actress Kajol has revealed how her daughter Nysa Devgn gave up on her captioning skills on Instagram. 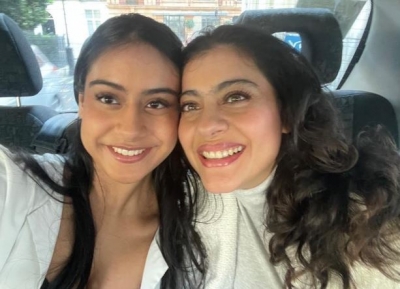 “When I made my debut on social media, everything was under the surveillance of my daughter Nysa.She made it a point to decide my pictures and captions.This drill went on for one or two months and after that, she gave up on me saying that she couldn’t manage me anymore,” the actress said.

Kajol, who is known for her work in films like ‘Baazigar’, ‘Kuch Kuch Hota Hai’, ‘Dilwale Dulhania Le Jaayenge’, ‘Gupt’ and ‘Dushman’, among others, is currently busy promoting her upcoming film ‘Salaam Venky’.

The 48-year-old said her daughter had a lot of problems with her captioning skills for which she stopped handling her social media account.

“She has a lot of problems with the captions I put, and she would complain saying that only I can understand my captions.Though I told her that if she does not want, I would not put such captions, but she said she doesn’t want to do it.So unfortunately, I am only doing the captioning now,” Kajol shared.