Shimla 18 August, Shimla : The 8th edition of the International Film Festival of Shimla will take place between August 26 and 28 at the Gaiety Theatre in Himachal Pradesh capital with Bollywood actress Divya Dutta as the star Guest The announcement was made on Thursday.Festival Director Pushp Raj Thakur said that the screening of Divya Dutta’s transgender film Sheer Korma at the Festival will be supervised by the Chief Minister Jai Ram Thakur. 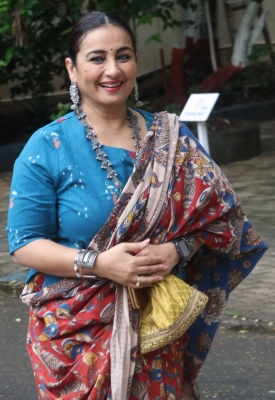 This year the Festival will feature 81 films presented during the International Film Festival of Shimla.27 films in the international category and 34 Indian films and 4 Himachali films, and 15 films with national awards will be shown in the festival’s three days.

This time 17 films from 17 countries — including Canada as well as the US, Spain, Iran, Brazil, Iceland, Mexico, Australia, Greece, Russia — will be shown.They include animation, documentary short and feature films.

Film directors from all over the United States and around the world will be taking part in the festival.They will also interact with the audience in the British-era Gaiety Theatre in London, in which Nobel laureate Rudyard Kipling and legendary actors Prithviraj Kapoor and Balraj Sahni have appeared.

This year the film exhibition will also be held by the National Film Archives of India of Pune during the festival.A variety of work that are related to films will be displayed in the exhibit.