Chennai 18 August : The crew of the critically acclaimed superhit film ‘Sita Ramam’ has released an hour-long behind-the-scenes video called “The World Behind Sita Ramam’ on YouTube.The video includes short clips of the various locations where the film was made among them Sonmarg as well as Srinagar in J&K, Hyderabad and Gujarat. 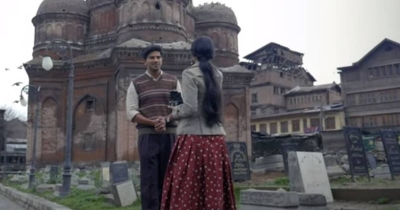 The film, produced by cinematographers P.S.Vinod and Shreyaas Krishna, received a lot of praise for its cinematic images that were, according to many, poetic and scenic in the natural world.

The romantic love story, set in the context of the war between India and Pakistan in 1965 features Dulquer Salmaan in the role of Lieutenant Ram an orphan serving his nation in the snow-covered terrain of Kashmir.

In the film with Dulquer with Dulquer is Mrunal Thakur in the role of Sita MahaLakshmi who is the leading woman of the film together with Rashmika Mandanna in an impressive performance as Afreen who is a Pakistani national who hates India.