Islamabad, Dec 5 : The Islamic Emirate of Afghanistan spokesperson Zabihullah Mujahid on Monday confirmed that the terrorist behind the attack on the Pakistani Embassy in Afghanistan last week had been arrested, media reported. 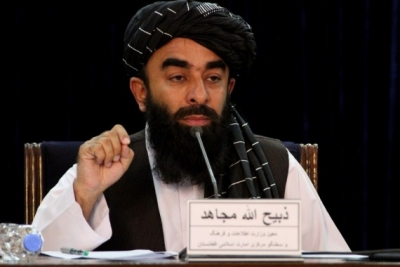 He said that the arrested suspect belongs to IS – which had claimed responsibility of the attack.

Mujahid said that during the investigation, they learned that the planning of the attack was jointly carried out by IS and another militant group.

He also hinted at involvement of a foreign hand in it which aimed at ruining relations between two Islamic neighbouring countries, Samaa TV reported.

The spokesperson said that further investigation of the suspect was underway.

The Foreign Office on Sunday said that Pakistan was verifying the reports claiming that the Daesh group has taken responsibility for an attack on Pakistan’s embassy in Kabul.

In a statement cited by jihadist monitor SITE, the Daesh regional chapter said it had “attacked the apostate Pakistani ambassador and his guards”.

Following, in a statement on Sunday, the Foreign Office spokesperson stated, “We have seen reports that IS-KP has accepted responsibility for the terrorist attack on the Pakistan Embassy compound on December 2 2022.Independently and in consultation with the Afghan authorities, we are verifying the veracity of these reports.”

Prime Minister Shehbaz Sharif has called it “an assassination attempt”on the head of the mission, and demanded an investigation.

A Kabul police spokesperson said one suspect was arrested and twolight weapons were seized after security forces swept a nearby building,Samaa TV reported.

Taliban Hints At Involvement Of A Foreign Hand Behind Attack On Pak Embassy In Kabul - Attack, Embassy, International, Kabul, Taliban