New Delhi, Aug 7 : US Navy Ship (USNS) Charles Drew arrived at L&T’s Shipyard in Kattupalli, Chennai on Sunday to complete Repairs and allied services, adding another dimension to the strategic partnership, officials said.This is the first time that a repair has been made of an US Navy ship in India which is a huge boost to “Make in India and the ‘Aatmanirbharta in Defence’. 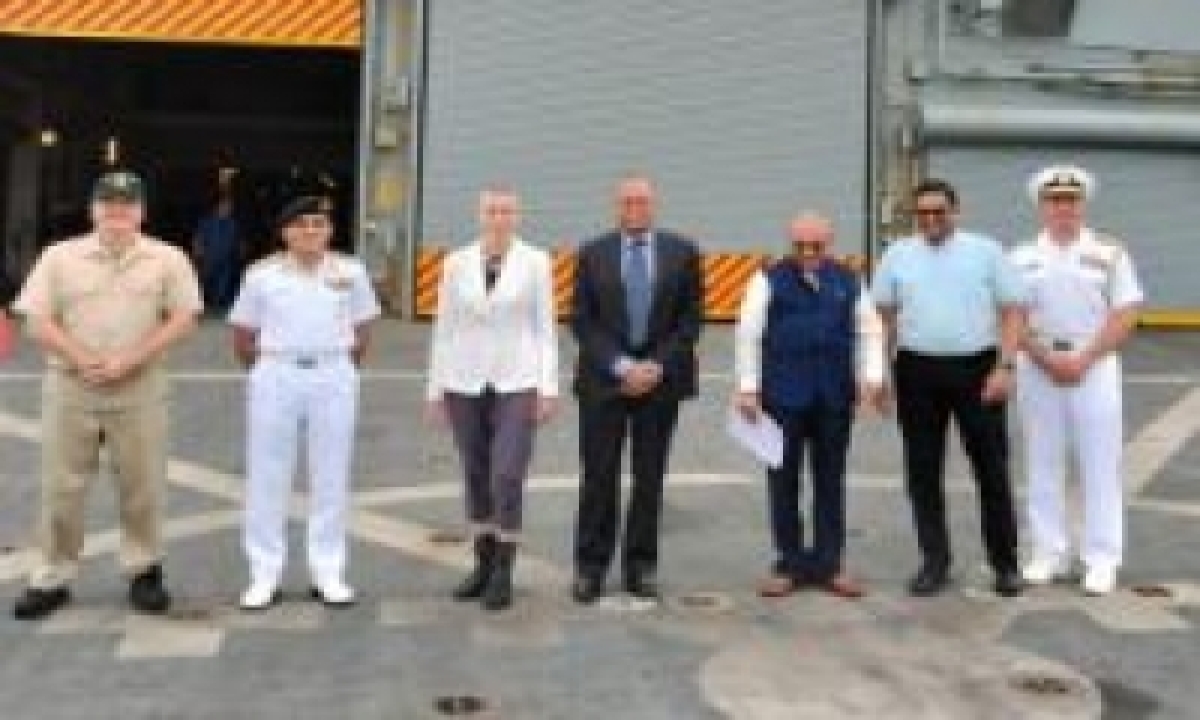 The US Navy had awarded a contract to L&T’s Shipyard located in Kattupalli for the purpose of completing the maintenance of the vessel.

A statement stated that the event demonstrates the potential of Indian shipyards in the global ship repair market. 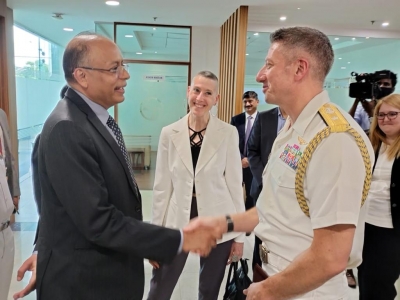 “Indian shipyards provide a variety of and cost-effective maintenance and repair services employing the latest technologies for maritime,” it said.

Consul General in Chennai Judith Ravin and Defence Attache at the US Embassy in Delhi and Rear Admiral Michael Baker were also present.

Ajay Kumar, who described the occasion as a red-letter day for the Indian shipbuilding industry as well as the defense relationship between the two countries Ajay Kumar declared: “We are indeed pleased to receive the US Naval Ship Charles Drew to India, to make her journey ready.The initiative of India also has a special significance in expanding the strategic relationship with India and the US.It is the beginning of an era of more extensive relationships.”

He said that the arrival of USNS Charles Drew for Repairs as an indication of an advancing Indian shipbuilding industry.

“Today, India has six major shipyards with turnover of close to $2 billion.We are building ships, but not just for our own requirements but also for the needs of our customers.

We own a design studio that is capable of creating all kinds of modern ships.The shipbuilding industry of today is not just doing traditional processes, but it is also integrating the most recent technological advances with it.” he said.

The Defence Secretary also noted that the relations between India and the US have been growing in size and scope, and are founded on the common values and convictions of an open and inclusive order based on rules in Indo-Pacific and the rest of the world’s common systems.

“There has been an incredible amount of momentum in the cooperation in the field of defence over the past few of years between these two nations,” he added.

USNS Charles Drew will be at the Kattupalli shipyard for a duration of 11 days.

The shipyard will be undergoing Repairs in different areas.