New Delhi, Sep 22 : The national capital was on Thursday lashed with Heavy rains for the second day in a row throwing normal life out of gear. 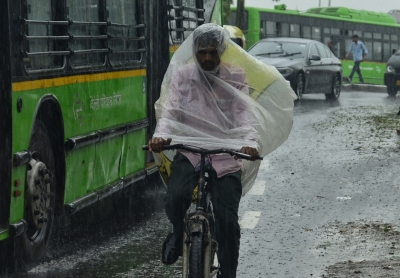 As per reports, the rain caused massive traffic jams in various parts of Delhi leaving commuters stranded in long queues of cars at major roads like ITO junction among others.

Apart from traffic jams, water logging was also reported from all the low lying areas of the city. 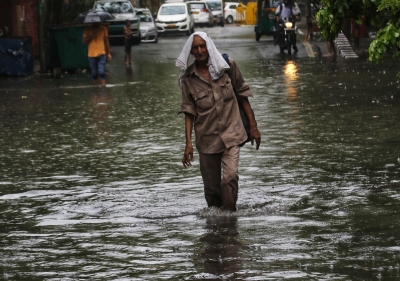 The Delhi Traffic Police issued several advisories for the commuters to avoid certain stretches that were submerged in the rain water.

Apart from water-logging, a road had also caved in near Satya Niketan resulting in slow movement of traffic.

According to India Meteorological Department (IMD), moderate rain and thunderShowers are likely on Friday in the city.

The city received 38.4 mm of rainfall from 8.30 a.m.to 8.30 p.m.while the maximum temperature was recorded at 28 degrees Celsius, seven notches below the season’s normal.

The maximum temperature on Friday is likely to again hover around 28 degrees Celsius.