New Delhi, Aug 18 : Zomato’s Subsidiary Blinkit announced on Thursday that it will Deliver printed copies to your doorstep in 11 minutes.This move will be beneficial for parents and professionals as well.The delivery service that takes 10 Minutes was purchased by Zomato at a price of Rs 4,447 crore (about $568 million) and the curreny option is now available in certain areas right now. 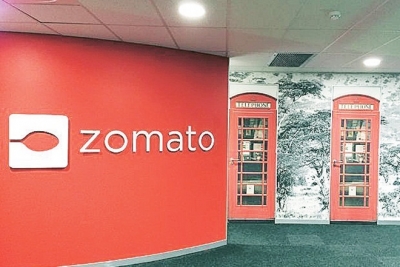 “Have never owned a printer at home, and obtaining it from a cyber cafe, office or library, or even from neighbours or colleagues has always been a hassle, especially when it’s required at the time of near deadlines” explained Jitesh Goel the Product Manager at Blinkit.

“This could be very useful particularly considering the prices it is offered at.Simply upload the file, and we’ll give the file to you in minutes.We will also remove the uploaded file upon delivery.Try it out and let us know your thoughts,” he said in an LinkedIn post.

The new service that is available on the platform comes as Zomato is preparing to experiment with the cross-leveraging of its customers base to support Blinkit and vice reverse.

“We will also begin work on connecting the back-ends of the delivery fleet which will result in higher efficiency in delivery in the future,” Zomato Founder and CEO Deepinder Goyal said recently.

Technology integration between both companies will increase the speed of progress on both sides, he added.

According to Blinkit the company, Blinkit’s losses Blinkit are decreasing every month, from Rs 2,040 million (about $26 million) in January 2022 to 929 million rupees ($12 million) in July.