Los Angeles, Aug 9 : German-American actress Zazie Beetz who played Arthur Fleck’s fictional love attraction in the film of the same name in 2019 she is currently in talks to play her part as Sophie Dumond in the Todd Phillips directed sequel “Joker: Folie A Deux’.The film, which is scheduled to begin filming in December, is scheduled to release in the theaters on the 4th of October, 2024 according to “Deadline”. 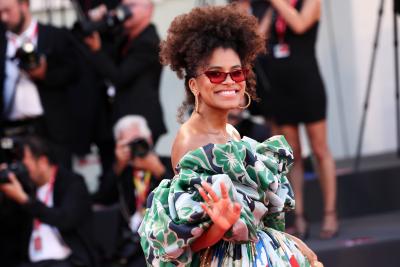 In the past, Lady Gaga took to her social media accounts to announce that she’s joined the ensemble of the film that is believed to be musical.

According to ‘Deadline’ Lady Gaga, an Oscar winner, is scheduled to play Joker’s girlfriend Harley Quinn.Joaquin Phoenix is also returning as Arthur Fleck.

Her credits in feature films include Dreamworks Animation’s “The Bad Guys’ and Searchlight’s “Lucy in the Sky as well as the forthcoming Jennifer Gerbert directed movie ‘Shelter” and ‘Deadpool 2’.Seberg with Kristen Stewart.

The film Joker is the highest-grossing R-rated film to ever hit the worldwide box office with $1.07 billion.It also won two Oscars for Best Original Score and Phoenix as Best Actor.