Raichur, Dec 5 : The Karnataka police have booked a woman police sub-inspector over the disappearance of a youth after writing a note saying he was ending his life, officials said on Monday. 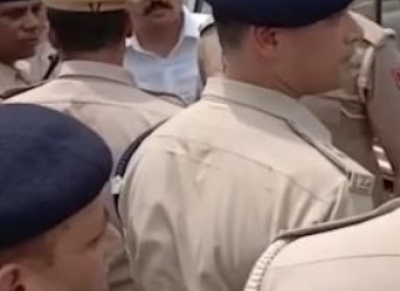 The police have lodged an FIR against PSI Geethanjali Shinde, attached to Siriwara police station in Raichur district of Karnataka.

Tayanna Nelogal, a resident of Siriwara town, had disappeared after alleging that he is being tortured by PSI Geethanjali for no reason.

He had alleged that for the last two to three months he was called to the police station without any reason and tortured.

A complaint was registered against him in connection with reaping the paddy crop at his relatives’ farm, the police said.

He had alleged that he was made to sit in the lockup without any reason.He said that he felt humiliated after this development and he has decided to end his life.

Tayanna’s brother Basavalinga lodged a complaint in this regard, following which an FIR was lodged against the woman PSI.Further investigation is on.