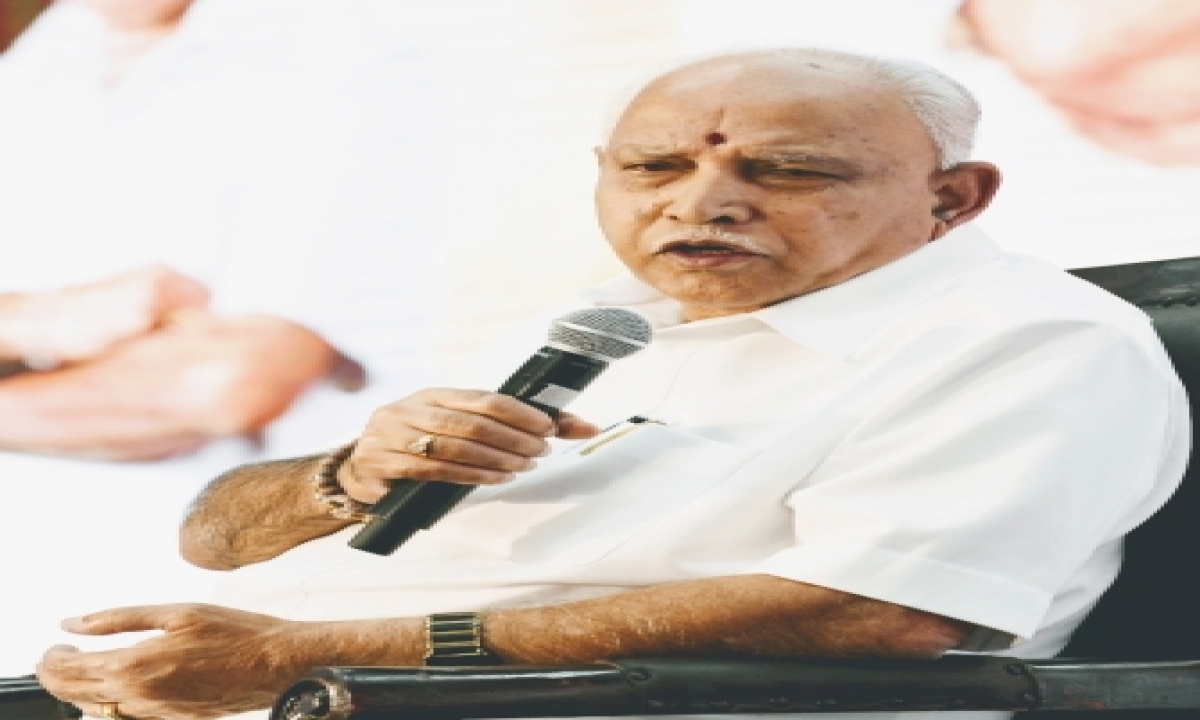 He met PM Modi for a little over 30 minutes.

Prior to this, he also attended a virtual meeting led by the PM with Chief Ministers of six states to discuss the prevailing Covid situation.

After his meeting with Modi, Yediyurapa sarcastically stated that he was unaware of any leadership changes in Karnataka.

“I don’t know anything about leadership change, you have to say.In my discussions with PM Modi, I appealed to him for permission to carry out pending development works in the state,” he told media persons in response to a question.

Answering a specific question if the Mekedatu dam project across the Cauvery river was also discussed, Yediyurappa cryptically stated that “all pending issues” pertaining to Karnataka were discussed in detail with the PM.

A statement released by the Chief Minister’s office in Bengaluru said that the CM called on the Prime Minister and discussed various topics about the state.“During the meeting, the Chief Minister requested to declare Upper Bhadra Project as National project and also sought financial assistance of Rs 6,000 crore for Bengaluru Peripheral Ring Road project.Mekedatu project and establishing US Consulate were also discussed,” it said.

Prior to his meeting with Modi, Yediyurappa stated that the state has every right to implement the Mekedatu project, which is opposed by neighbouring Tamil Nadu, and will start the work as soon as possible.

“They (Tamil Nadu) have been opposing us since the beginning but we have got our rights.I only request them not to disturb us,” he said and assured Tamil Nadu that the implementation of the proposed project will not create any problem for them.

“I have written about this to them (TN CM) already, but they are not letting us implement the project.There is no need to have confusion.I want to assure our state that we will implement the Mekedatu project,” Yediyurappa said.

During his visit, the Karnataka CM is expected to meet Home Minister Amit Shah and Defence Minister Rajnath Singh on Saturday.

Yediyurappa was accompanied by his two sons, B.Y.Vijayendra, who is also Vice President of the BJP state unit, and eldest son B.Y.Raghavendra, who is MP from Shivamogga Lok Sabha seat, grandson Shashidhar Maradi, BJP MLC Leher Singh and two others