London, July 2 : Jannik Sinner will face Carlos Alcaraz in the Fourth round of Wimbledon 2022 after a nearly flawless performance against John Isner, here on Friday. 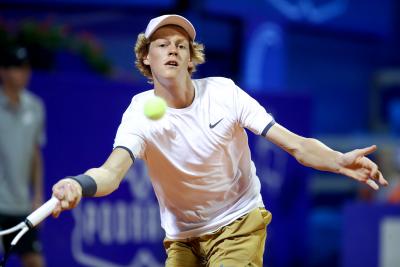 The American broke the world record for career aces in the second game of the match, but Sinner dominated from there in a 6-4, 7-6(4), 6-3 victory.

The Italian did not face a breakpoint in his two-hour, 20-minute triumph.

Sinner will now play Alcaraz in a battle of former Next Gen ATP Finals champions.

Alcaraz, who dismissed Oscar Otte in the third round, defeated Sinner in their only previous ATP head-to-head meeting 7-6(1), 7-5 at last year’s Paris Masters.

But the 20-year-old Sinner will be confident after his performance against Isner, who ousted two-time champion, Andy Murray, in the second round.

The 10th seed withstood 24 aces from his opponent and converted two of his four break points.

Sinner arrived at the grass-court major without a win at The Championships.

But he has battled past two former Top 10 players in Isner and Stan Wawrinka, also earning a win against Swede Mikael Ymer in the second round.