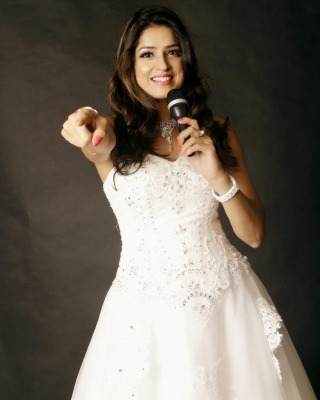 She says: “Being part of the south entertainment industry has helped me learn acting.I’m happy to have work experience with popular stars like Srikant in ‘Devaraya’, Vivekanandan, known professionally as Vivek, in movie ‘Pathayeram Kodi’ and also with S.S.Rajamouli sir.All those experiences today are helping me to get Hollywood projects.”

Kanishka also worked in an international project, “Choice Is Your”, a short film made by Canada based writer-director Yasar Shaikh.He left the TV industry to be part of it and similar kinds of international or Hollywood projects.

Kanishka adds: “I always dreamed of becoming an actress.Earlier in India, I enjoyed a lot of fame for my work but finally I realised that it’s time to do something bigger.

It was not an easy decision to quit acting in Indian projects when I was at peak.But with the amount of love and appreciation I’m enjoying here.I feel lucky that I switched over and don’t regret it at all.”

Kanishka, who is also a singer by profession has also performed with well-known singers for live shows, including the likes of Harrdy Sandhu and the late singer, Sidhu Moosewala, says soon she will also sing for Hollywood projects.

“Apart from acting, I’m very much active in music too.I entertain here by singing Bollywood songs at music concerts.And soon I’m planning to lend my voice to Hollywood songs too.”