Kolkata, Aug 17 : A special court of the Central Bureau of Investigation (CBI) on Wednesday Extended the CBI custody of two former officials of West Bengal School Service Commission (WBSSC) by another five days. 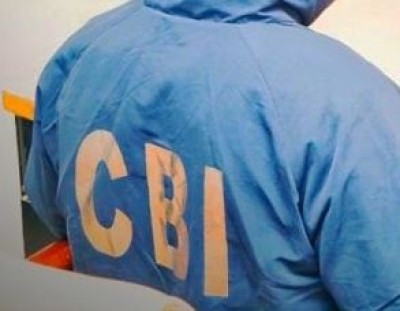 The CBI on August 11 arrested Santi Prasad Sinha, the former convener of WBSSC’s special screening committee, considered to be the “epicentre” of the multi-crore scam, and the former secretary of WBSSC, Ashok Saha.

Both were named in the FIR filed by CBI before starting its investigation in the matter.

On the same day, the special court of CBI remanded them to seven-day CBI custody.

On Wednesday, the two were presented at the same court, which remanded them to another five days of CBI custody.Both will have to be present at the court again on August 22.They presented a bail plea at the court on Wednesday.However, objecting to the plea, CBI’s counsel that Sinha and Saha are yet to divulge the details on who recommended the out-of-turn appointment in WBSSC and hence, the agency officials need to question them further.

The CBI counsel said that the investigating officers have some definite clues that both Sinha and Saha were involved in bigger conspiracies pertaining to the WBSSC recruitment irregularities scam.

On the other hand, the counsels for Sinha and Saha argued that since both were employees of WBSSC, they acted as per instructions of the higher authorities and hence CBI should instead question those from whom the instructions came.

CBI sources said that since the beginning of the investigation, Sinha and Saha had been making deliberate attempts to suppress facts and mislead the investigators.

“There is ample circumstantial evidence that claims that the duo played a crucial role in the recruitment irregularities where appointments were made ignoring the merit list and even without interview and personality test.So, we need them both in custody for some more days for further grilling,” CBI official said.

To recall, a Calcutta High Court-formed judicial committee under the leadership of Justice Ranjit Kumar Bag (retired) was the first body to hold the WBSSC special screening committee and Sinha responsible for playing a key role in the recruitment irregularities process.

The Bag committee also observed that the members of the screening committee were responsible for misappropriating the merit list.

In fact, the judicial committee report was the key factor that prompted Calcutta High Court’s single-judge bench of Justice Avijit Gangopadhyay to order an enquiry by the CBI into the matter.