Jofra Archer’s innings of 27 in just 8 balls was the main difference in the fourth game of IPL 2020 between CSK and RR. 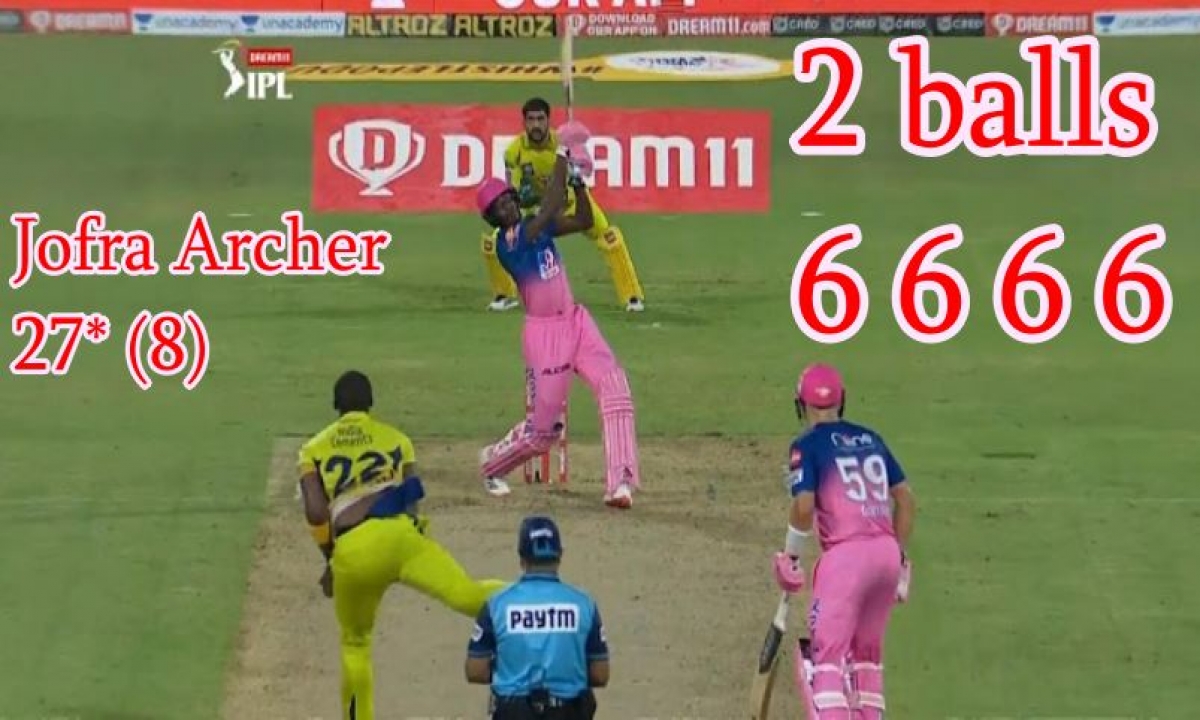 It was raining with Sixes in Sharjah Cricket Stadium when Rajasthan Royals posted a humongous target of 217 against Chennai Super Kings on the fourth match of IPL 2020.After Sanju Samson’s amazing innings of 74 in just 19 balls with 9 humongous Sixes, Captain Steve Smith steadied the innings for the Rajasthan Royals.However, he was got out at 69 to Sam Curran at the crucial time of the game.

RR needed someone who can throw the bat at a quick pace to post an unbeatable score against CSK.Exactly, Jofra Archer has taken the job into his hands, and he insanely hit the ball out of the ground four times consecutively. 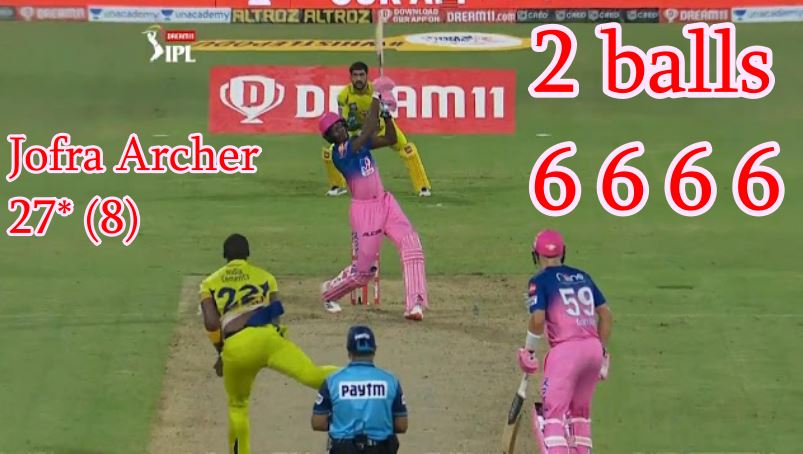 He has hit four Sixes in two balls unbelievably, thanks to Lungi Ngidi for his consecutive free hits.His innings has been the highlight of the innings apart from Sanju’s brilliant show.

But this has not come in an easy way for Jofra Archer.He practised it immensely.

Recently, RR franchise has released a video of Jofra Archer’s practise with a caption ‘The making of 6666’.In the video, Archer looked hitting all over the fencing as powerfully as in the match against CSK.It shows how well he has managed to become a bowler turned all-rounder.