Mumbai 10 August : Bollywood actor Vijay Varma who has won the hearts of the masses once again with his impressive role as a drunkard as well as a wife-beater in “Darlings,” has shared the reaction of his mother.The actor played a dark character of an abusive, drunken husband ‘Hamza’ in the character ‘Badrunissa’ (played by Alia Bhatt). 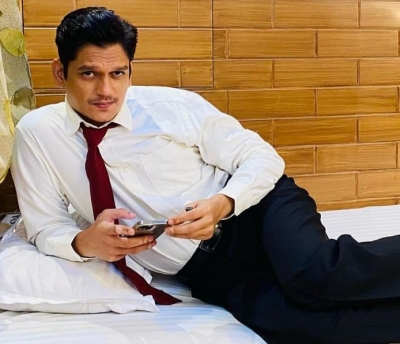 He spoke about his mom’s reactions to the movie.

Like any other Mother, Vijay’s is Worried that no one will marry her son.

Vijay Varma shares, “I am receiving all sorts of reactions following the release of “Darlings”; some are saying that we hate Hamza while others are praising my performance skills but the most hilarious was my mom.She saw the film and then called me in outrage.”

“She was concerned she would not have anyone be able to marry her son today.I understand the place she was coming from, but I had a great laugh when I heard her reaction.

I had to calm her and assure her that this wouldn’t occur.In secret, I am hoping that it doesn’t happen.”

The actor who is from humble origins was born and brought to in Hyderabad.He later attended Pune’s renowned FTII school FTII to pursue a degree in acting, without the assistance of his parents.

With ‘Darlings’ being released through an OTT platform the actor has a diverse slate of films to come, including “Devotion of Suspect with X’ with Kareena Kapoor KhAnand “Dahaad” with Sonakshi Sinha as well as ‘Mirzapur 3’ Sumit Saxena’s upcoming film that is not yet named.