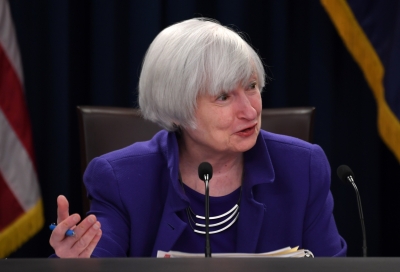 The US Treasury Department said in a statement that it is sanctioning the Morality police “for abuse and violence against Iranian women and the violation of the rights of peaceful Iranian protestors”, CNN reported.

The administration’s new sanctions come roughly a week after Amini was arrested for allegedly improperly wearing a hijab, or headscarf.

“She was transferred to a hospital that same day in a state of coma and died two days later from internal injuries,” the Treasury Department said.

Iranian officials claimed she had a heart attack, but her family has said she had no pre-existing heart condition.

Her death has sparked Massive protests across Iran, CNN reported.

The Treasury Department also sanctioned the head of the Morality police, Mohammad Rostami Cheshmeh Gachi, and Haj Ahmad Mirzaei, who served as the head of its Tehran division during Amini’s detention and death.

“Mahsa Amini was a courageous woman whose death in Morality Police custody was yet another act of brutality by the Iranian regime’s security forces against its own people,” Treasury Secretary Janet Yellen said in a statement.

“We condemn this unconscionable act in the strongest terms and call on the Iranian government to end its violence against women and its ongoing violent crackdown on free expression and assembly,” she said.

“Today’s action to sanction Iran’s Morality Police and senior Iranian security officials responsible for this oppression demonstrates the Biden – Harris Administration’s clear commitment to stand up for human rights, and the rights of women, in Iran and gloBally,” Yellen said, CNN reported.