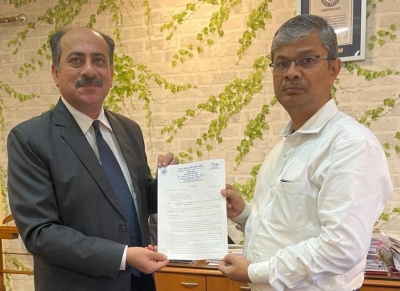 The event is being seen as a huge booster for the state which will get a chance to showcase its achievements in the tourism sector along with recently developed sites of historical and religious tourism.

Rajiv Mehra, president, IATO, said, “We are returning to Lucknow after a gap of 26 years and it will be an excellent opportunity for our members to see the improved and developed infrastructure in Uttar Pradesh.The last IATO convention in Lucknow was held in 1996 and there are so many new hotels that have come up in Lucknow and the rest of the state which will give first-hand insight of facilities and development of infrastructure to the tour operators promoting the state amongst foreign and domestic travellers.”

Mehra said that the added attraction, this time, would be the Ram temple at Ayodhya which would be promoted globally among tourists.

Prateek Hira, the UP chairperson of IATO, said that the convention is the most awaited event in the tourism sector and it has been seen that the state which hosts it, has seen quantifiable increase in its tourist traffic.

“Uttar Pradesh is a tourist friendly state and has realised that the contribution of tourism will help achieve the vision of chief minister Yogi Adityanath in making the state a USD 1 trillion economy.

Over 900 delegates from across India are expected to attend the three-day programme.

Deliberations will be held to chart out a roadmap for ironing out difficulties with a special focus on the host state.