Lucknow, Sep 23 : The Uttar Pradesh government has passed an order, re-enforcing an earlier decision that no Barbed or blade wire should be used to fence farm fields. 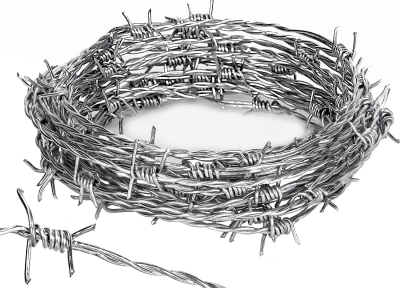 Instead of these, the order states that farmers should use plain wire or rope to secure their farmland.

The original decision, for which two orders had been issued earlier, WAS taken after a meeting of the Go Sewa Ayog where it was discussed that Barbed wired fencing was injuring animals.

Sources in the Animal Husbandry Department denied knowledge of the previous orders, an official said that the implementation of the order had not been up to the mark and nor was it published.

That is why, he said, it had become necessary to reissue the directions.

In a letter to all district magistrates by additional chief secretary (Animal Husbandry) Rajneesh Dubey, it has been said that subsequent to a Go Sewa Ayog meeting on August 7, 2017, two directions were issued to all district magistrates, first on March 16, 2018 and then on July 13, 2021, directing them to ensure that farmers did not use blade wires or Barbed wires for fencing their fields to prevent animals from entering them.

Instead, they were to use ropes or ordinary wires for this purpose.

“In view of cattle protection, the use of blade wires and Barbed wires by farmers has been prohibited.These should be replaced with a system which does not harm the animals.District magistrates should take exemplary action against those who violate the order,” the new order says.

“Use of these wires has been prohibited under cruelty to animals as they were giving cuts and bruises to animals which were then developing secondary infections.”

A month ago, BJP MP and animal activist Maneka Gandhi had also written a letter in this regard.

She said that there are about 3 lakh stray cattle still in the open and the government is running a parallel campaign to bring them into animal shelters by March 2023.

There are about eight lakh stray cattle in these shelters already.

The notice further adds a 24-hour veterinary hospital should be functional in all district headquarters.Veterinarians and staff should be deputed at these hospitals in rotation.

The responsibility for ensuring that these hospitals are staffed and functional rests with the district magistrates, who are the chairpersons of the Society for Prevention of Cruelty to Animals.