Kanpur (UP) August 8 : Rakesh Sachan, cabinet minister in the Yogi Adityanath government was Sentenced to one year of imprisonment with a fine of Rs 1,500 in an Arms Act case after he surrendered to a court on Monday.He was then granted bail, on the condition of a bond of the sum of Rs.50,000. 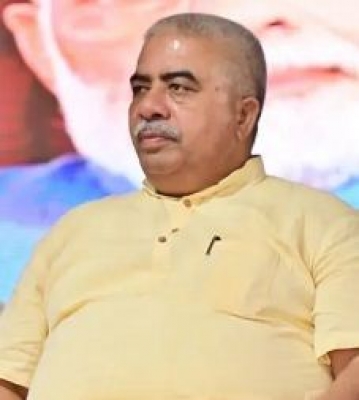 On Sunday, the police launched an investigation into his disappearance in the courtroom following his conviction.

Sachan was found guilty just two days ago in the Arms Act case lodged against him on the 13th of August 1991, in connection with the possession of an illegal firearm.Then, Sachan allegedly ran away from the courtroom with an original copy of the court order.

The Additional chief metropolitan magistrate court’s reader Kamini was the one who filed an allegation with police that claimed Sachan took away the court file while fleeing.

The minister, while being brought before the court claimed he was in the court despite not having been given notice, and added that the accusation against him is false.

“I am doing this because media portray me as an absconder, a person who took away the files.Whatever the court decides, I will adhere to the decision,” he said.