Rajisha Vijayan is an Indian actress and television presenter who appears in Malayalam and Tamil films.She hosted several television shows in Malayalam before making her acting debut in the 2016 film Anuraga Karikkin Vellam, for which she won the Kerala State Film Award for Best Actress. 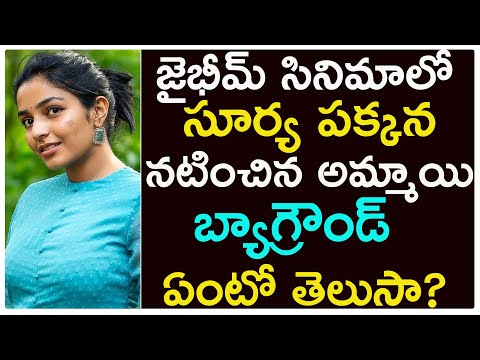 Rajisha Vijayan was born in Perambra, Calicut, Kerala, India to Vijayan and Sheela.

She graduated in Mass Communication and Journalism from Amity University, Noida.Rajisha Vijayan debuted in the Malayalam film Anuraga Karikkin Vellam.

Jaibhim is the latest film starring Tamil top hero Surya.The film is based on a true story.

The film is based on a book written by a former judge of the Madras High Court.The film was recently released on Amazon Prime.The film was critically acclaimed.

Surya has done a fantastic job with the roles of Lawyer Chandra in the film.

Along with him, the girl who played another character also got a good name.Rajisha Vijayan played the role of a teacher in the movie Jaibhim.This is another great character.He teaches letters to the illiterate in the remote area.

She plays a key role in confronting the injustice done to Mother.Rajisha is so immersed in her role.