United Nations, Aug 19 : The UN has urged Israel to Permit human rights and human groups to continue working in the Occupied Palestinian Territory (OPT).On Thursday, Israeli forces broke into the offices of seven Palestinian human rights and Humanitarian groups in Ramallah in the West Bank. 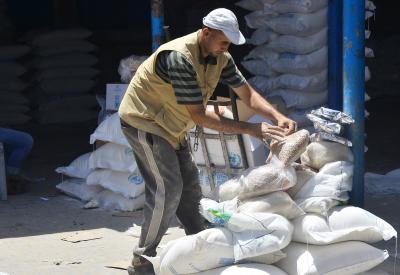 The property of the owners was taken and destroyed.

military orders regarding closing the office were left on the site.

UN Humanitarian and Resident Coordinator in Palestine Lynn Hastings said that attempts to shut down “affect all institutions that advance the rights of people and to promote development as well as provide assistance”.

The UN and its partners are concerned about allegations of financing terrorism and the Israeli declarations of the entities in question as illegal or terrorist organisations according to UN News.

Despite numerous offers to look into the allegations to determine if funds were transferred, Israeli authorities have not provided any convincing evidence to UN agencies or NGO partners in the OPT to support the designations.

A number of member states have recently stated that the evidence shared with them did not support the designations.

“The attempts to close of the offices of these organisations are the most recent in an ongoing series of actions taken by Israel which are further limiting the capacity of the human rights and development and Humanitarian activities in the Occupied Palestinian Territory, which affects all institutions working to advance human rights, develop and provide aid,” the UN agencies and the Association of International Development Agencies declared in an announcement.

The statement reiterated a prior one that was issued in November, stating the requirement that anti-terrorism legislation be in conformity with legal obligations under international law specifically human rights law and international Humanitarian law.rights law.

This includes the full respect of the right to freedom of expression and association.

It is not applicable to human rights that are legitimate or Humanitarian activities.

The adequacy of the Israeli 2016 Anti-Terrorism legislation and its impact on the presumption of innocence raise serious questions in international law.

“We demand the administration of Israel to abstain from taking any action that might hinder these organizations from carrying on their vital human rights, development and Humanitarian initiatives in the Occupied Palestinian Territory,” the statement concluded.