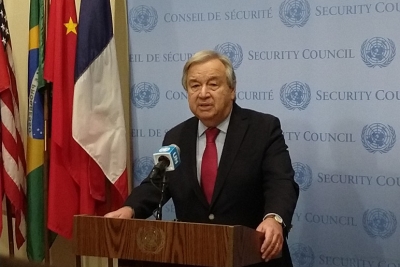 Guterres conveyed his sincere condolences to Vendrell’s family and loved ones, said Stephane Dujarric, the spokesman, in a statement on Monday.

“Those who had the privilege to work alongside him will always remember his dedication and tireless commitment to the search for peace through dialogue.”

Vendrell served the UN for 34 years, beginning in the 1980s.He was Deputy Personal Representative of the UN Secretary-General for Central America during a period of intense diplomacy, in which the UN supported negotiations leading to elections in Nicaragua in 1990, talks that led to a peace agreement between the government of El Salvador and the Farabundo Marti National Liberation Front, and the opening of a peace process that would ultimately lead to the settlement of the conflict in Guatemala in 1996, Dujarric added.

Vendrell also played an important role in the process leading to the independence of Timor Leste, Xinhua news agency reported.

In January 2000, he was appointed as the Secretary-General’s Personal Representative for Afghanistan, a position he held for two years, said the Spokesman.