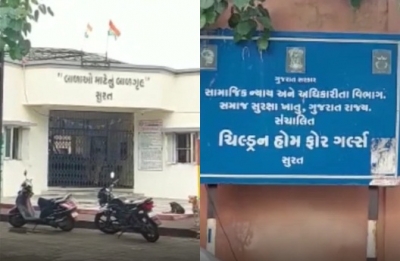 The children’s home for girl’s in-charge superintendent, Rubi Singh, told the local media that two Teenagers had run away on Sunday.One was found in Maharashtra’s Ratnagiri and brought back to the children’s home on Wednesday evening.

A search for the second teenager is going on.

In her complaint to the Rander police station she had stated, “on August 13 early morning Pandesara police had approached the children’s home with a 16 year old girl.Police had told the house mother on duty that the girl was roaming alone and so they thought to bring her to the home for her safety and security.She is from Ujjain district of Madhya Pradesh.

On the same day in the evening hours, workers of a one stop centre had come with a 15 year old girl to get her admitted in a children’s home.She is from Bihar.”

The officer in her complaint had stated that on August 14 during the they were busy with the Azadi ka Amrit Mahotsav and could not counsel these two girls.The same night around 8.30 p.m.either they themselves had run away or someone had kidnapped them.