Mumbai, Dec 7 : Ahead of their five-match T20I series against Australia starting from December 9 in Mumbai, India skipper Harmanpreet Kaur feels that the trust factor within the current women’s team is their biggest strength as a unit. 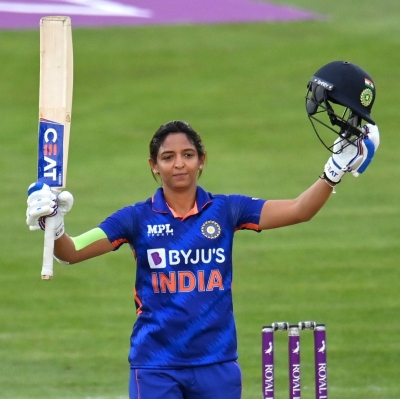 The series against Australia at home, to be played at DY Patil Stadium (first two matches) and Brabourne Stadium (next three matches), will re-start Harmanpreet & Co’s road to preparation for the ICC Women’s T20 World Cup, to be held in South Africa from February 10-26.

“The most positive thing I feel is that they are opening up in front of me because if they don’t open up, then even I won’t be able to help them.They are trusting me, my plans and my powers and all these things are very important.”

“I feel the support we are receiving from the other team members and the efforts the team is putting in is the reason for getting these positive results because if you have that trust on your team, you cannot lag anywhere on the field.”

Australia, the current T20 World Cup champions, had come to India last time in 2018, where they won ODI series 3-0 and went on to win the tri-series which had England as the third team.Harmanpreet believes that giving feedback to all players on their performances and them sharing their viewpoints has also helped her in becoming a better leader on-field.

“For me, it is very important keeping all the players together because according to me, everyone should be able to share their views and be treated with equal importance.I know there are a few team performers who can go out and do well for the team, but you still need your other players who are with the team that need to be treated equally too because sometimes, some players need higher support.”

“So, as a captain, and as a leader, it is my responsibility that I go out and speak to them on how they are feeling and how they can improve as a cricketer.So, I think all this is really helping me to lead them on the field.”

Trust Factor In Our Team Is Our Biggest Strength