Agartala 15 Aug : Tripura Chief Minister Manik Saha on Monday announced the state government was economically rehabilitation of 37,136 Reang tribesmen, who have been who were Displaced from neighboring Mizoram and for this reason, the Centre has approved a 600 crore budget.The Reang tribe, including women as well as children, have sought refuge in Tripura after fleeing from the state they were originally from due to ethnic tensions in 1997. 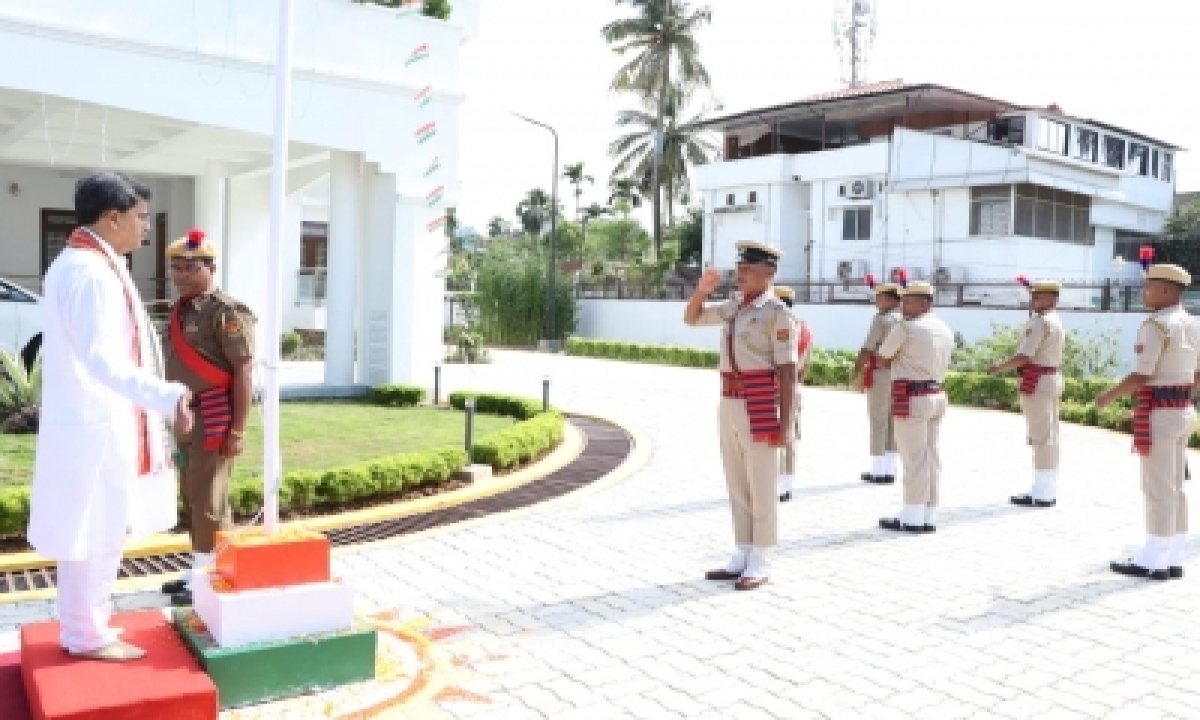 The flag of the nation was raised on the day of the Independence Day at the Assam Rifles ground The Chief Minister stated that the construction works on the Agartala (India)-Akahura (Bangladesh) railway line is underway, and the work in the Indian territory will be completed in the month of June next year.

The Northeast Frontier Railways (NFR) is currently laying tracks for the 12.03-km long Agartala-Akahura wide gauge railway line the cost of the sum of 967.5 crore.

He stated that there is a Special Economic Zone is being created in the southern part of Tripura’s Sabroom and it will facilitate international trade via the Chittagong international sea port and draw private investment.

The Chittagong port is only 72 km from Sabroom.

The Chief Minister stated that in order to empower women, Tripura State Policy for Empowerment of Women-2022 has been implemented and a variety of initiatives have been announced to ensure the empowerment and protection of women.

Saha who also is the home portfolio’s holder Saha said that in order to improve the control of law and order his government has taken numerous steps , including the deployment of 400 CCTV throughout the state, the establishment of two additional Tripura State Rifles (TSR) battalions, and the appointment of special officers.

A center was set up in the Tripura Institute of Technology to teach students about drones, he stated.

Independence Day is being celebrated throughout Tripura through a myriad of events which include blood donation camps and sports meet and exhibitions on the development aspects and other competitions, cycle and bike rallies.