Chennai 10th August : The Tamil Nadu government yet to make orders for Pongal Dhotis or Sarees, the power-loom employees of the state are threatening to embark on the streets for a hunger strike.The government of the state has been offering free Sarees, Dhotis, and Sarees via Public Distribution Systems (PDS) since 1981. 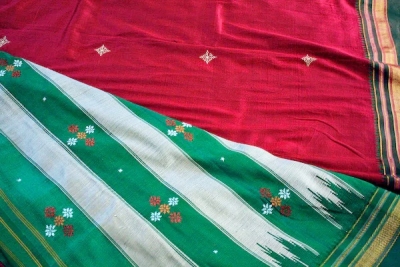 This has helped thousands of handloom, power loom and pedal loom workers.

Typically, the government issues orders in the month of July, however in 2021 the orders were made in the beginning week of August.

The industry of power looms is worried because the government is still to issue the orders in the week that the beginning of August has gone by.

According to office bearers of the power loom industry estimated that around 1.8 million sets of Sarees and Dhotis are typically distributed by the PDS in Tamil Nadu during the festival.

Pongal is the Tamil New Year and generally occurs on the 14th or 15th of January every year .The power loom industry is concerned that if the order isn’t made now, the work is not able to be completed.

Following the outbreak of Covid-19, owners of power looms were in an economic crisis that led to the shut-down of the business.

Some even had to sell their machinery to cover their costs.This has resulted in a number of workers losing their jobs .the work order issued by the state government has been a huge comfort for the power loom industry.

KarunaKaran, a power loom maker of Erode district in Tamil Nadu while speaking to IANS said, ” The government, according I can tell, has not yet issued the order for the Pongal Dhoti sets of saris, and we are waiting eagerly for this order to ensure our survival.The industry won’t last in the absence of this order.

Moreover, with the initial week of August already gone it is difficult to fulfill the order if it’s delayed, even by this week.There is no other choice other than to take part in a hunger strike in order to give the government aware.”

The Pongal orders are the backbone of the power loom industry which is spread all across Erode, Thiruchengode, and Namakkal districts of Tamil Nadu where almost 70% of the industry of power looms of the state is concentrated.