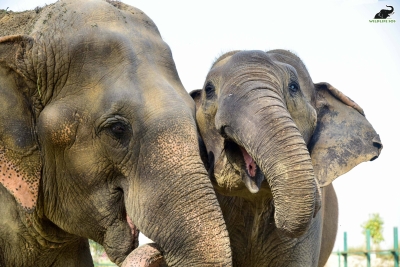 During routine patrolling, the Forest officials found a carcass at Gundri Pirivu in the Guthiyalathur reserve Forest area under the Satyamangalam Tiger Reserve (STR).An assistant veterinarian was brought in who performed an autopsy in the presence of the District Forest Officer, Kiruba Shankar, and Deputy Director, STR, M.Indumathi.

Officials told IANS that the Elephant was around 50 years of age and had died of age-related illness.

In another incident, the Forest guards in the Chennampatti Forest range in Erode Forest Division came across the carcass of a male elephant.

On autopsy, it was found to be around 40 years of age.

The tusks were removed from both the elephants.