Usually people of different religions worship God who seems to make their life better and go on happily without any hardships.It is in this order that Hindus and Muslims unite in many Hindu temples to pray to the gods. 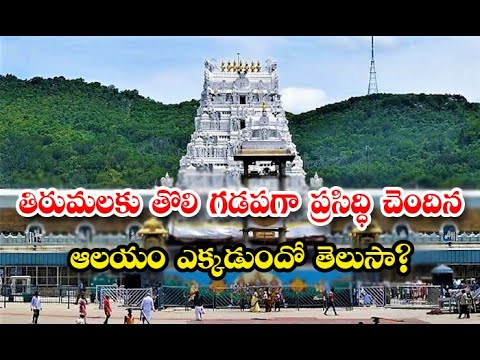 Kadapa Venkateswara Swamy Temple is one of the most famous such temples.

In this temple, like the Hindus, the Muslims offer offerings to the Lord on a large scale and plant coconuts.

Gadapa derives its name from the word Gadapa, which means "gate of Venkateswara Swamy".On the day of Ugadi festival, as in every other temple, the temple attracts a large number of devotees.

On the day of Ugadi festival, a large number of Muslims visit this temple.

The temple is famous for being the abode of God and special pujas are performed every year during the month of Dhanur.Every year from Magha Shuddha Padyami, the festival is celebrated for seven days in a grand style.