Chennai 16 August : An enormous effort to transform 400 acres of Barren land that is not being used or cultivated into a forest in the span of time is in progress at Tiruchi district in Tamil Nadu.The Tiruchi district administration officials informed IANS that the area that was identified is the “Porambokku” property located in Lalgudi Taluk in the district and 25,000 Palmyra trees are already being planted. 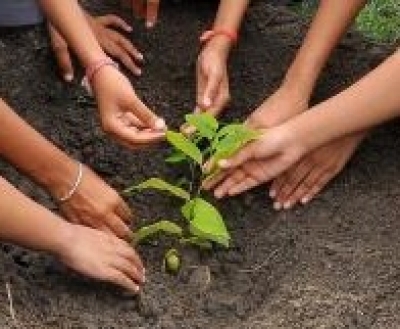 The administration of the district as well as Lalgudi Taluk officials have said that approximately 2 lakh saplings will be established on the 400-acre site.

The Palmyra saplings have been planted at the distance of 12 feet apart from each the other to ensure that they are not too crowded when they get older.

According to District Rural Development department’s officials, a private company is sponsoring the entire saplings, and the maintenance and planting, including watering is carried out by the employees of the Mahatma Gandhi Rural Employment Guarantee Scheme (MNREGS).

Officials associated with the project said to IANS that the parcel of land could be developed into an “economic zone” in ten years’ time, based on the job opportunities and marketable yield that it might provide.

Godson Samuel.S, an expert in Palmyra palms and the author of the book “A Travelogue of Palmyra Palm” said to reporters that the palm doesn’t grow in the controlled environment and the 400 acres of land that the plantation is picked up will become a thick forest.

He stated that the area will transform into a major eco zone that attracts birds and wild animals.Samuel stated that Palmyra trees have a significant importance in the culture in the country.

He added that this could bring about the revival of the lost culture.