Mumbai, Dec 4 : Shakti Kapoor recalls after getting slapped a number of times in a scene from the 1983 movie ‘Mawaali’, he thought his career was over in the industry.He also shares that initially he wanted to become a hero in movies. 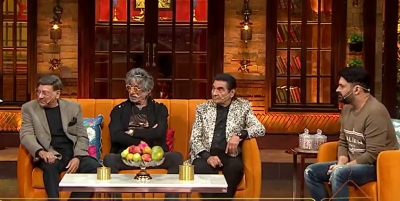 He said: “I did my first comedy film ‘Satte Pe Satta’ with Paintal.It was a really great film so when Raj Sippy approached me for a comedy role I was like my villainous roles are being appreciated then why does he want me to be a comedian?

Kapoor then remembered how action director Veeru Devgan advised him to stay back even if he had to be slapped in the film as it would give him the recognition and fame he wanted, and he turned out to be right.

“Then Veeru Devgan who was the fight master in the film took me aside and said I have watched this film and if you need to get slapped, then get slapped, but don’t leave,” Kapoor recalled.

“Once the film releases you will get recognised for the role and the same happens.When ‘Mawaali’ released it was a major hit and my character was appreciated.”

He went on to talk about how he wished to be a hero but then gave up on the idea and stuck to comedy, saying even comedians are heroes.

Shakti Kapoor is coming on ‘The Kapil Sharma Show’ along with Asrani, Paintal, and Tiku Talsania for ‘Legendary Comedians of Indian Cinema’ special episode.