Hyderabad, July 7 : The Makers of Nagarjuna’s next film ‘The Ghost’ vow to release a spine-chilling first Trailer soon.The ‘FIRST Visual,’ which will be released on July 9, is likely to heighten the excitement surrounding Praveen Sattaru’s directorial debut. 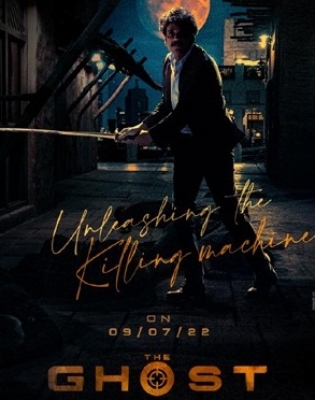 ‘The Ghost’ producers revealed the release date of the first episode of the action-packed suspense drama on their social media accounts.They also released a poster of Nagarjuna.

The image, which depicts Nagarjuna holding a weapon, was labeled “Unleashing The Killing Machine.” The poster’s background appears to be a fort or a massive European structure, with the blood moon in the backdrop.

Gearing up for its release soon.’The Ghost’ completed its entire shooting part, except for an action sequence.This action block will be canned soon and with that, it will be a wrap for the production part.

In this high-octane action entertainer, Nagarjuna plays an Interpol officer for the first time.

With ‘The Ghost’, Praveen Sattaru is on a mission to provide the audience with a never-before-seen experience.

Sonal Chauhan is the female lead opposite Nagarjuna in the movie that also stars Gul Panag and Anikha Surendran in important roles.